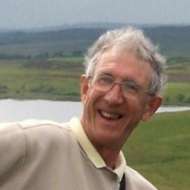 Born and brought up in the Lake District, where he has walked and climbed throughout his life, Anthony was educated as a scientist and taught chemistry for 34 years. His magazine and newspaper articles are mostly about science or travel, though he also writes about wider issues of nature and conservation. Many of his travel articles deal with mountaineering themes, including walking and rock climbing. He writes book reviews and has also published several short stories and one novella with mountaineering backgrounds.