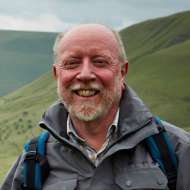 The Peak District; all National Parks (UK, US and Canada)

The Peak District; all National Parks (UK, US and Canada)

Roly is a Commissioning Editor for Frances Lincoln Publishing; editor of Archaeology & Conservation in Derbyshire, and media consultant to Baseefa Ltd.

Roly Smith is Vice-president of the Outdoor Writers’ and Photographers’ Guild and a member of the British Guild of Travel Writers.

He is also Commissioning Editor for Frances Lincoln Publishing, a freelance writer, editor and media consultant, and the author of over 80 books on walking and the countryside.

Based in Bakewell, Roly was formerly Head of Information Services with the Peak District National Park, the busiest in Europe. He was recently dubbed ‘Mr Peak District’ in the local press.

Previously he enjoyed a 20-year, award-winning career in daily paper journalism, latterly with the Birmingham Post and Mail. He was chairman of the OWPG for 11 years before being elected its president in 2001, and an honorary life member in 2006. He is vice-president of the South Yorkshire and North East Derbyshire area of the Ramblers’ Association, and a regular contributor to outdoor and heritage magazines. Roly is also a regular author and contributor to a variety of publications produced by the AA, Readers’ Digest and others.

He is a media consultant to Baseefa Ltd, editor of Archaeology & Conservation in Derbyshire and a member of the editorial panel for Wild Derbyshire. He has organised the last three anniversary celebrations of the Kinder Scout Mass Trespass, and his book on Kinder won the Alan Ball Local History award from the Libraries Association.

Roly is Commissioning Editor for Frances Lincoln Publishing; editor of Archaeology & Conservation in Derbyshire, and media consultant to Baseefa Ltd.