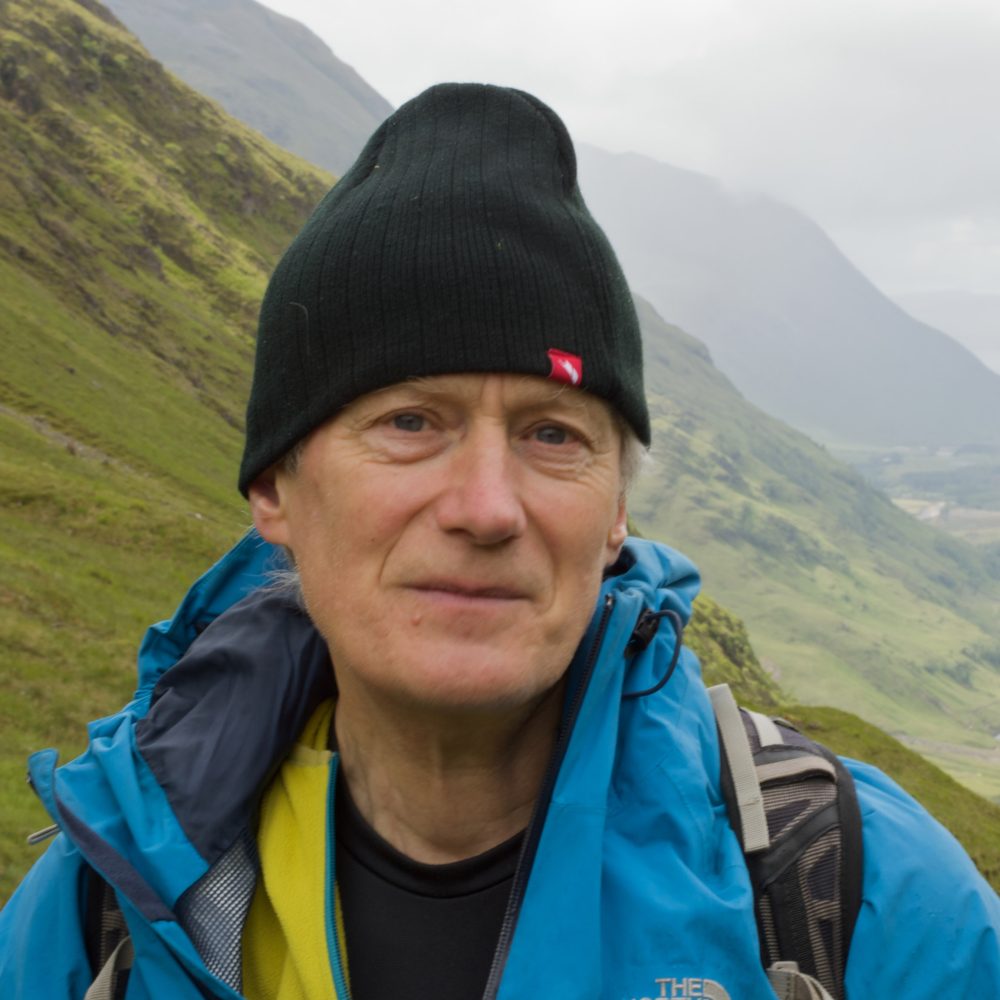 Ronald Turnbull is an all-weather walker and writer, with a special interest in multi-day walks, easy scrambling, and mountain geology. He has slept out in bivvy-bag on over 90 UK summits.

Ronald has been a full-time outdoor writer and photographer since 1995. He has published over 30 outdoor books, including guidebooks, picture books, and literary-environmental studies of Great Gable, Blencathra, Ben Macdui and the John Muir Trail. He has also written two books of popular (rather than technical) geology aimed at hillwalkers, along with geological essays for 4 other books and Radio 3's 'The Essay'. A former fell-runner, in 1994 he won the Fell Running Association’s Long-distance Trophy for a ten-day run over all the hills of Southern Scotland.

Full listing on my website (see above) or my Amazon author page https://www.amazon.co.uk/Ronald-Turnbull/e/B002IYV75S

Walking in the Scottish Borders

Manage Cookie Consent
We use cookies to optimize our website and improve our service to you.
Manage options Manage third parties Manage vendors Read more about these purposes
View preferences
{title} {title} {title}