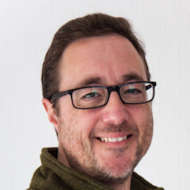 Shropshire, Herefordshire, the Welsh Borders and the Lake District.

Shropshire, Herefordshire, the Welsh Borders and the Lake District.

Simon Whaley live close to the Welsh Borders in Shropshire. Since 2004 he has contributed illustrated articles to publications such as Country Walking, BBC Countryfile, Lakeland Walker, Cumbria, The Countryman, and Coast. His photographs have appeared in calendars and are often used to illustrate national newspaper features.

Simon Whaley has been writing since his early teens, but only became a full time writer/photographer in January 2004 following the success of his best selling book 100 Ways For A Dog To Train His Human. As a writer and a photographer, he’s always found the British countryside as the perfect inspiration for his work, hence why he now writes about British Travel, as well as walking. Since 2004, he’s provided walking route descriptions for magazines such as Trail, Country Walking, Country & Border Life, Lakeland Walker and BBC Countryfile.

He’s also written several other books, including Best Walks in the Welsh Borders, for Frances Lincoln, and taken a humorous look at the world of hiking in The Bluffer’s Guide to Hiking, which The Independent claimed as one of the ten best guides for walkers (with many of those other ten being written by fellow Guild members). His photos are used to illustrate his own articles, books and, occasionally, calendars.

Simon produces walking route descriptions for magazines such as Country Walking and BBC Countryfile, focusing on his home county of Shropshire, and also the Lake District. (Well, it is only 2 and a half hours away when the M6 is clear!) He also writes British Travel features for UK and USA publications, and prefers ‘Slow Travel’ to jetsetting around the planet – hence his love of walking … or rather, make that wandering.